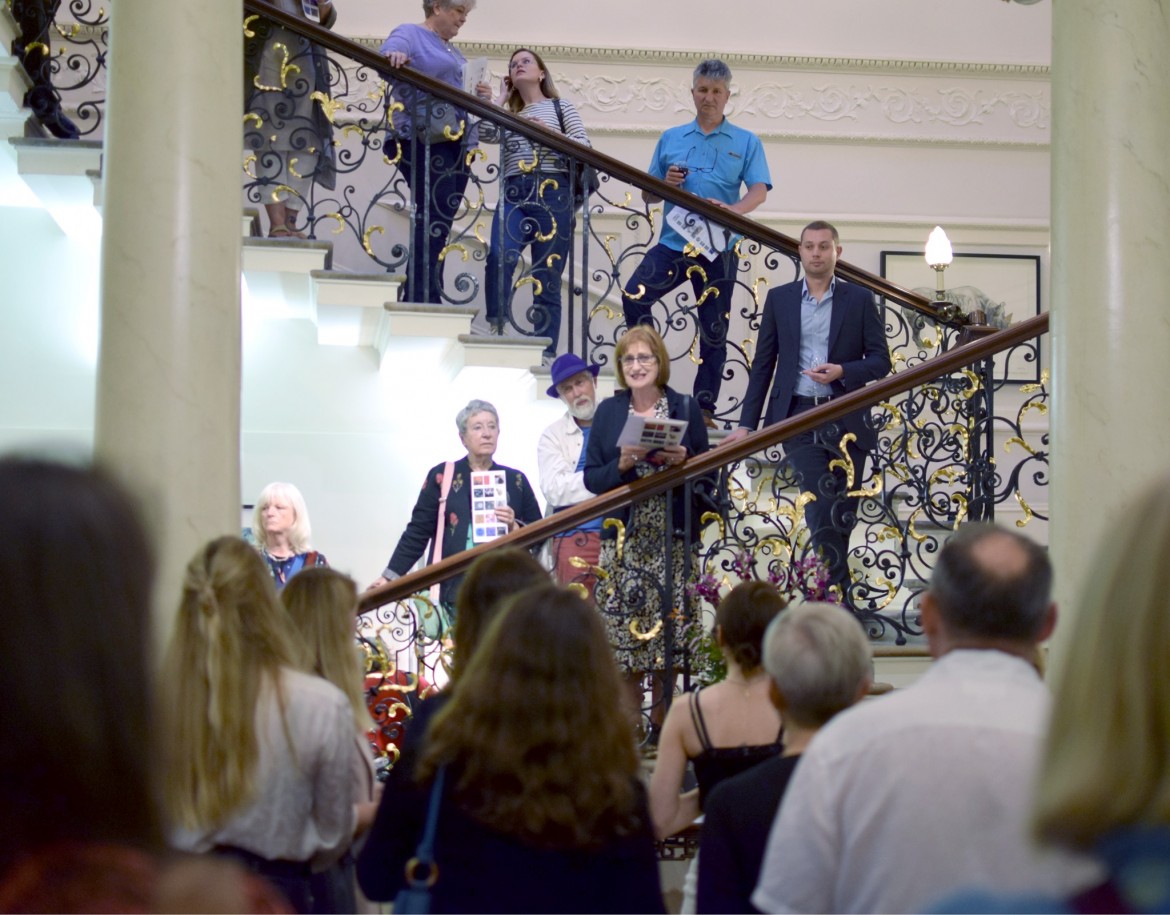 I am writing to you today from Melbourne Australia, and I would like to begin by acknowledging the Wurundjeri people of the Kulin Nations who are the traditional custodians of this land from which I am writing.

I want to express my thanks to Robin Footitt, Visual Arts Coordinator at ROSL Arts for his generous and enthusiastic support of this exhibition. Robin has made the experience of mounting an international exhibition seamless and exciting, which I consider nothing short of miraculous at this incredibly difficult time globally. I am grateful to the The Royal Over-Seas League for championing a spirit of international friendship and understanding between artists from the UK and Australia, and for their substantial investment in making it possible for us to create conversations across the hemispheres.

The Printmakers Council, UK, has similarly been an extraordinary source of goodwill and support. Jacki Baxter has brought a boundless energy to the project, embracing the opportunity to collaborate with Australian artists without hesitation, and opening every possible door to make the exhibition a reality. Jacki and I conceived this project as we worked side-by-side at an etching press in East London a number of years ago, and I have valued her steady and tireless commitment to the project ever since. Also from the printmaker’s council Venessa Pugh brought her thoughtful perspectives to the shaping of the project, whilst Bronwen Paterson and Theresa Pateman have been outstanding in their oversight of many exhibition and promotion logistics.

Ecologies of Change invites artists in the UK and Australia to visualise the afterlives of the Anthropocene. This year, many expect that the International Commission on Stratigraphy could formally define a new slice of the geologic record—the Anthropocene—to mark the profound ways in which humans have altered the planet. Most scientists now accept that humanity is influencing our planet in unprecedented ways, equalling the impact of geological forces like volcanic eruption and earthquakes. The Anthropocene marks a new period in which humans have become the dominant bio-geo-physical force shaping the world.

The impact of human activity on Earth’s ecosystems is one of the greatest challenges of the twenty-first century. This project asks print-based artists to consider the consequences of human-led ecological change, and to imagine other ways we might live in its aftermath. Ecologies of Change brings together printmakers from two nations bound by a colonial past, who share an ethics of care for Earth’s ecosystems.

Rebecca Solnit has written that “There are times when it seems as though not only the future but the present is dark”, words that seem as disturbingly relevant today as when she wrote them 20 years ago. “[O]ur civilization is close to destroying the very nature on which we depend” she goes on—”the oceans, the atmosphere, the uncounted species of plant and insect and bird”

But she argues that we must nuture hope in this darkness, if we are to imagine and materialise a better tomorrow. We must remember stories of environmental victories, so that we can learn what kind of action helped them to happen, and then to repeat or even refine their successes next time. There is also a need to mourn, Solnit acknowledges, in order to recognise what we have lost, and to realise what must still be protected.

Some artists in this exhibition have done just that, honouring the species and ecosystems that have fallen prey to a capitalist model of extraction and production. The devastation of the 2019 fires in Australia is acknowledged, for example, and the looming extinction of sea turtles on the Western coast, and the ever-present threat that invasive plants bring to indigenous flora. These works help to keep visible what we have lost, they grant respect to the endangered, and they call on us, by implication, to stand up as custodians and stem the tide against future impact.

In addition to mourning, Solnit urges us to also tell stories of possibility that will embolden us to seek change and harness our collective imagination. If we are to change, we must first imagine that change, and envisage other ways to be. Many artists in Ecologies of Change bring this spirit of hope to the exhibition, impelling us, through image, to see our interconnectedness with the world. Some extoll us to walk and notice the light, the land and lichen beneath out feet, others to be more like water—able to flow around obstacles rather than crash against them, receptive and malleable. These works prompt us to be attentive, knowing that when we pay attention the desire to care is also aroused, and we become willing to tend, mend and restore.

The exhibition invitation for ecologies of change features the work of Marian Crawford titled A Blizzard of Signs, a phrase taken from a 1928 essay by Walter Benjamin. Marian observes that information about climate change is made manifest in a blizzard of terrifying signs, both in the environment itself, and in the proliferation of news and political debates. She speculates that an art-work stills these storms, for an instant, to make a space for a different type of knowing. Ecologies of Change, and the artists represented within it, seek to create this kind of space. A space of optimism, as Marian proposes, to engage productively with the threats and challenges the Anthropocene presents.